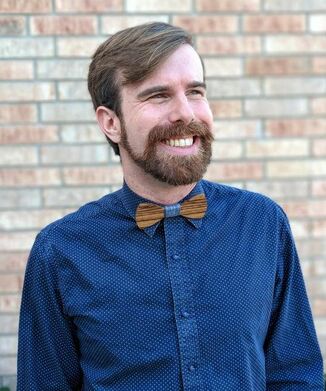 Will Parker is a children's songwriter and teaching artist who writes and performs music for "kids ages 1-100." During Will's whimsical and interactive shows, he plays guitar and harmonica and sings original songs that engage the audience in singing-along, dancing, high-fiving, and imaginative play. The kids even help Will create an improvised song through their suggestions and input on what should happen next in the impromptu story. Will also engages the kids in conversation about how every person can be creative and that writing a song is something they can do too. The kids learn that songs are a great way to tell stories--they’re own stories too!

Will holds both a Master of Arts in Teaching and a Bachelor of Arts in Theatre from Trinity University and served as the theatre director at KIPP University Prep High School for four years before leaping into life as a full-time musician. During the year and every summer, he tours the country playing shows at libraries, schools, daycares, museums, churches, camps and festivals. In 2017, he and his collaborator, Sam Fuller, recorded and released their full-length album, Animal Maniac. Check it here at willparker.bandcamp.com and or find it on all major streaming services.

While in San Antonio, he was deeply involved in improv scene where he performed with San Antonio’s first musical improv troupe, When Can Do. He also worked with the Magik Children’s Theatre as an actor in their touring troupe, a coach for their youth improv group and as a teaching artist for their X-celerated Theatre program for incarcerated youth.

Will has a passion for helping young people learn the self-love and confidence they need to unlock their innately creative selves. Last year, Will felt called to pursue his mission in a new direction--by going to seminary. He is currently attending Yale Divinity School where he is involved in Yale Divinity Drama, Yale Divinity Interfaith Club, and Berkeley Divinity School--the Episcopal seminary at Yale. As he discerns a call to school chaplaincy, he continues to perform music, facilitate workshops, give talks, and teach young people through the arts. Deeply inspired by Mr. Rogers, he hopes he can make a difference in the lives of kids in a similar way--through sharing uplifting music, encouraging imaginative play, offering tools to navigate emotional landscapes, and by reminding each and every person of their inherent value and worth.

Will's best friend and collaborator, Sam Fuller, can be frequently seen performing with Will on stage at festivals and parties. Sam makes balloons and also sings and plays the ukulele and guitar. Sam is the mastered mind who is helping Will record his lastest album, Animal Maniac.

Sam's many projects and endeavors include attending school for music therapy, performing in multiple improv troupes in San Antonio (including When Can Do), volunteering at hospice centers and homeless shelters, participating in Capoeira (Brazilian martial arts that blends music and dance), and knowing where to find the best tacos in South Texas.

​Consider booking both Will and Sam for your next event!

One of the reasons Pixar has made billions of dollars off of all us unsuspecting parents/nerds is its ability to produce movies which bridge the gap between the color, wonder, and the adventure of childhood with the knowing cynicism of our "responsible years”—and all the incidental humor that goes along with that. Thus is the genius of Will Parker and his record “High Five Yourself.”  On first listen of the album, listeners will initially make worthy comparisons to other songwriting greats from off the beaten path. Fans of The Magnetic Fields will endear themselves to the unique subjects broached by "High Five Yourself," Jonathan Richman devotees will appreciate Will's rich and joyous swagger, and members of Daniel Johnston’s universal cult following will hear eerie similarities to Johnston's innocent and wonderful dream songs. Originally coming to San Antonio for a theatre education at Trinity University, Will established a cottage-industry music career playing songs, according to him, “for kids ages 1 to 100.” Birthday parties, school functions, and Bar-mitzvahs are the kinds of events which provide a home for Will’s encouraging and energetic love of the self-aware characters that inhabit his songs. With the same semi-sardonic vocal timbre as Tom Green--a charming blend of mischief and mania—Parker’s “High Five Yourself" gives voice to the monsters we might ordinarily fear or dismiss, showing them to be creatures just like us who are trying to make their way through life. A Caveman named "Ug," a misunderstood shark named "Sheila," an alien named "Al," and Will's brave declaration that he is a dragon are featured on the album in addition to a host of other demos and recordings on his Bandcamp page. Much like the better, more tender moments of Sesame Street, these songs reveal a softer, sweeter side of our inner-weirdos and it is easy to see why kids and adults alike can dig these tunes. The themes of tolerance of difference, friendship, and the value of super-saccharine breakfast food is communicated by way of a delightful lo-fi recording style with accompaniment from friends and fans alike. Indeed, Will has crafted these tunes to be "sing-alongable" adding to the inherent fun and ecumenical nature of the songs on "High Five Yourself." Will Parker and his associated projects (The Somewhat Splendid Individuals and St. Augustine’s Day) represent the best and most interesting of what Texas Indie music has to offer; so like most good things in life, you should experience this music with a friend (or a few). --Hollis Webb, Hollis Music